Advancing Australia’s expertise and helping to build networks of influence are central to ADC’s role in the ADR industry.

In September, it was ADC’s honour to welcome senior delegates from China, representing 25 law societies from across the country. Presenting in Mandarin, ADC’s Cindy Wong opened the evening with a presentation on the current legal infrastructure and background of ADR in Australia, including the functions and role of the Australian Disputes Centre and the Australian Centre for International Commercial Arbitration. John Wakefield, Chairman of ADC, spoke in more in depth about the arbitration landscape in Australia, including current legislative changes and cases that have reinforced Australia’s position as a pro-arbitration regime. John also introduced delegates to the role of the Chartered Institute of Arbitrators.

ADC extended an invitation for the delegation to then attend our Evening Seminar and to meet some local practitioners. Australia’s eminent ADR practitioner and Barrister, Mary Walker spoke on the important topic of Ethics & ADR. Mary’s paper focussed on the duties of mediators and legal representatives and the issues surrounding ethics in the context of mediation. With a series of interactive questions from the floor, it was clear that the topic generated a lot of interest from both our local practitioners and the Chinese delegation. The packed program concluded with some lively networking drinks kindy sponsored by DTI.

Our thanks to Cindy Wong for her impressive bi-lingual presentation, to John Wakefield and Mary Walker for their erudite presentations and to ADC’s Katlyn Kraus and ADC trainer Catherine Davidson for the networking drinks! 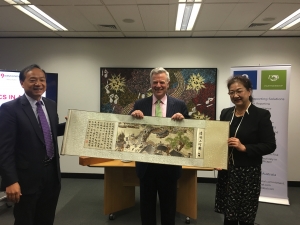 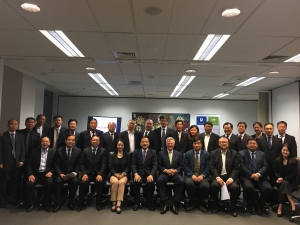 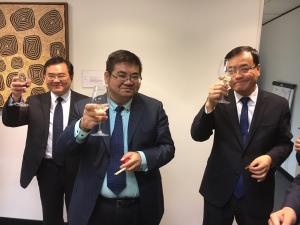 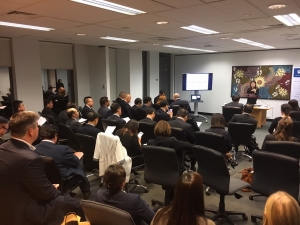 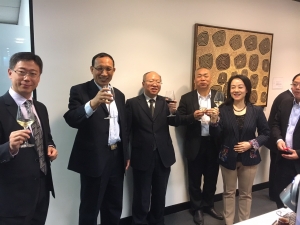 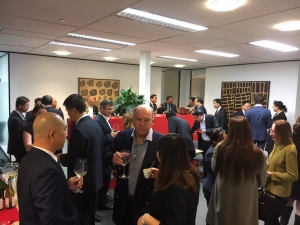