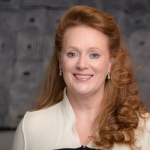 Deborah Lockhart, LLBChief Executive Officer
Deborah was appointed CEO of the Australian Disputes Centre in 2013. ADC is an independent, not-for-profit that works to advance world-class conflict management and dispute resolution in Australia and internationally. First trained as a mediator in 1993, Deborah leads the Australian Disputes Centre’s training faculty, and speaks regularly on the financial, reputational and personal benefits of private dispute resolution processes.

Prior to joining the NFP sector, Deborah worked for over 20 years as both an executive and an expert consultant for a range ASX 100 and Fortune 500 corporations; focused on delivering the commercial and community benefits of timely and cost-efficient dispute resolution.

Deborah is a founding member of the Council for Australian Dispute Resolution and an Editorial Panel Member for the Lexis Nexis ADR Bulletin. She is a Nationally Accredited Mediator, and gained accreditation as an Advanced Mediator with the Australian Disputes Centre in 2009, and as a Conflict Coach in 2010. Deborah was admitted as a Barrister and Solicitor of the High Court of New Zealand, and is an alumna of Harvard Law School, the University of Technology, Sydney and Victoria University of Wellington.