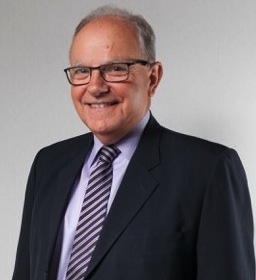 To those that knew David professionally, he was a quiet achiever who genuinely and wholeheartedly believed in the mediation process. He was happy to simply focus on doing quality work. He was considered and detailed, and he showed himself to be highly competent in addressing complex legal issues and in designing creative dispute resolution processes. He had the respect of his colleagues both in Australia and across the globe.

With 30 years experience in the mediation industry and thousands of mediations later, David remained devoted to the facilitative mediation process. He lived, breathed and believed what he taught in the mediation classroom. He was a true facilitator and fostered collaboration in others.

To those who had the privilege of working closely with him, David was the most generous of mentors. He has helped so many aspiring mediators realise their professional dreams. He readily created opportunities and he shared them with an open heart. David was caring, giving and genuine.

David was an enthusiastic traveller, with an undeniable passion for airplanes, trains and the people he met along the way.  His smile and his wisdom transferred readily across borders and cultures of all kinds. David has played a pivotal role in training facilitative mediators both in Australia and throughout Asia. Those who have studied with him will remember the classroom experience with great fondness. He was an incredibly engaging storyteller and trainer and he inspired people with his warmth and his knowledge.

His favourite word, of his own invention, was “Positron”. A Positron is a person who exudes positivity. David had this trait in abundance. Those that were close to him will forever recall that when they walked into a room, David’s face lit up in a way that made you feel like you were the most special person he had ever met. He had a way of making you feel immediately valued. He was the ultimate acknowledger and, even more importantly, his acknowledgements were authentic. They came from a genuine place.

He was a man of integrity and sincerity, and he prized those traits in others. He may have travelled the world, but it was the simple things that brought him the greatest pleasure – a walk on the beach with his family and a quality glass of wine with dear friends. He was a true family man and a man of faith. He was a loyal friend and a man who could see the wonder in each moment.

To me he was a role model, a mentor, and a trusted colleague. Most of all, he was a true and dear friend. I respected him and I adored him. He has left his firm footprint in this world via his great work and his generous heart. He will be greatly missed.