By Marina Kofman and Anni Gao

The relationship between Land Rights and Native Title is legally complex and the volume of Land Rights Claims is significant. To help us understand what is happening in this space, ADC invited three of Australia’s leading specialists in the field to discuss the legal frameworks underpinning Aboriginal land rights claims, the unique issues experienced and what ADR can offer.  Helen Shurven, Member, National Native Title Tribunal, Steven Wright, Registrar, Aboriginal Land Rights Act, and Tony McAvoy, Senior Counsel, Frederick Jordan Chambers shared their significant expertise with an audience of prominent practitioners and NSW government officials about the challenges and possible solutions in this area.

Helen Shurven began the discussion with an overview of the role and operation of the National Native Title Tribunal. Whilst the Aboriginal Land Rights Act 1983 (NSW) (‘ALR Act’) focuses on the compensation of past wrongs and the Native Title Act 1993 (Cth) (‘NTA’) focuses on the recognition of existing rights, the Tribunal involves itself in the determination of future acts. If parties are unable to come to an agreement in their negotiations, parties can apply to the Tribunal for a binding determination.

According to Ms Shurven, mediation processes in Land Claim disputes are often resolved through telephone conferences to save time and travel costs for community members. Where cases are conducted in the region, the process is kept informal. Yet there remains a firm grasp on case management with the complexities of many parties and multiple interests in the land. The need for trained Aboriginal mediators, arbitrators and conciliators who understand the culture and various interests in the land is of great importance. As a last resort, parties are able to apply for a Tribunal Conference to seek agreement, which is a facilitated process and can be described as a ‘quasi-mediation.’

Registrar Stephen Wright spoke about the alarming Aboriginal Land Rights statistics in NSW, the new scheme introduced into the ALR Act and the positive role that ADR can play in assisting parties to negotiate claims. The total land claims lodged in NSW since the commencement of the Act amount to 40,688, and the total undetermined land claims at 23 May 2016 number 29,625. Some of these claims have been outstanding for decades; the oldest having been lodged in 1983.

New provisions of the Act assist in addressing these delays. The new scheme is set out in s36AA of the Act and provides for the exchange, transfer or lease of land to an Aboriginal Land Council, or an undertaking by an Aboriginal Land Council not to lodge land claims or to withdraw land claims. The methodology of engaging in the ALA process is expressed as negotiation, in good faith and in a manner agreed between the parties. In the Registrar’s view, the structure and methodology of section 36AA is suited to ADR processes. Registrar Wright noted particularly that the well understood principles of mediation and conciliation are directly applicable.

The benefits of this approach, in the Registrar’s view, is that a strong ADR framework will allows. 36AA to operate at any conceivable scale and in any circumstances, which caters to the complexities of claims. ADR processes can dramatically decrease time delays, party costs and the uncertainty felt by parties in dispute.

ALA negotiations need to consider the positions and interests of a range of parties and stakeholders including organs of government, Native Title claimants and holders, other Aboriginal Land Councils, other Aboriginal peoples with an interest in the land and others such as land developers and farmers. To succeed, utilising ADR processes will require their acceptance by relevant stakeholders, adequate resources and skilled Aboriginal ADR practitioners. Registrar Wright noted the important work of the Australian Disputes Centre in training Aboriginal mediators and advancing access to ADR processes.

Senior Counsel Tony McAvoy highlighted that the gap in resources to adequately process Aboriginal Land Right claims amounted to ‘justice denied’. With only 7,000 claims having been resolved since the enactment of the ALR Act and decisions taking more than 10 years to be handed down, this suggests that ‘lack of resources’ is a mere excuse for the neglect and oversight of case management. The ALR Act requires the Minister to grant claimable Crown Land, this being a positive direction for the Minister to act. With the current process of advice and recommendations being received by the Minister for consideration, and a huge backlog of cases, Mr McAvoy agreed that there is great scope for ADR mechanisms to be used in Aboriginal Land Agreement claims for more efficient resolutions.

The complex relationship between Native Title and Land Rights has the potential to create uncertainty and delay. S 39 of the ALR Act was introduced as an amendment with the intention of preserving and positively impacting Native Title. According to s 39, where a claim under the ALA is granted, it will be granted subject to any Native Title claim to the land. Thus, Native Title holders are given precedent over any subsequent claim. However, a submission to the Parliamentary Enquiry into Aboriginal Economic Development saw contrary thinking put forward, suggesting that Native Title recognised subject to s 47A of the Native Title Act will have no effect on a Land Council’s Title. This clearly goes against the intention of the amendment to the ALR Act and highlights the complexities in applying regulations to a claim application. The results of the enquiry are yet to be seen.

Mr McAvoy shone a spotlight on the uneven balance of power that swings to favour the Government, as the holders of information regarding short, medium and long term planning arrangements for a given claim area. Although the Land Councils may obtain some public information, it is difficult to obtain full disclosure from the Government. Mr McAvoy suggested that without this information being on the table, the Aboriginal Land Councils are at a distinct disadvantage.

Prior to the seminar our speakers and many observers were alarmed by the reality of 26,000 outstanding claims. That this figure has increased to just under 30,000 highlights the mammoth task ahead for all parties involved and the resources needed to resolve the claims. The opportunity for utilising ADR processes – for the timely and cost-effective resolution of claims and access to justice for all Australians – cannot be overstated.

Deborah Lockhart, extended the warm thanks of the Australian Disputes Centre and all attendees to Helen Shurven, Stephen Wright and Tony McEvoy for sharing their expertise, experience and insights into the legal issues around of Land Claims and for their clarion call to action on ADR. 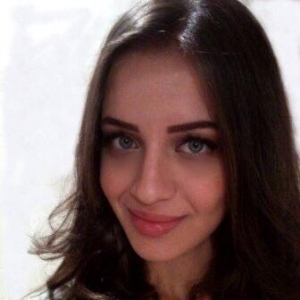 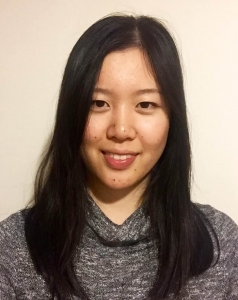