Mega mediation: a look at the mediation of complex, multi-party commercial disputes 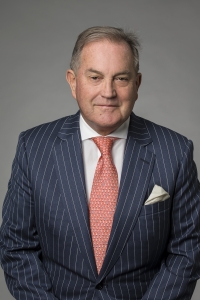 In the vast majority of mediation cases, there are essentially two or three opposed parties. These cases usually involve a single mediator and frequently take no more than a day of negotiations. But we are seeing much larger pieces of litigation coming to the Courts, especially with the growing use of Class Actions. As the number of claims and counter claims mount, so do the number of parties and the more tightly compacted becomes the litigation and the issues for resolution. Enter mediation – but how, where and in what way? This discussion will endeavour to explore these challenges, including the use of co-mediators.

John has maintained a wide-ranging practice throughout his career appearing in Courts of first instance, at intermediate and appellate level, and in the High Court of Australia. He has regularly appeared in both State and Federal Courts and tribunals in NSW and across Australia.

While the bulk of his work over many years has been in the commercial area, he has also developed a substantial speciality in industrial law and employment law generally. In this latter area he has appeared in many leading cases involving the Australian mining industry, the transport industry, and also in the Waterfront dispute.

John appeared in the HIH Royal Commission and also in the Glenbrook Rail Inquiry. His work in commercial arbitration includes the lengthy proceedings consequent upon the closure of the submarine re-fit program at Cockatoo Island Dockyard, and also in international arbitrations. He has also considerable experience in coronial inquiries involving, for example, the aftermath of a collapse in a metalliferous mine.

For some 10 years John has practised in commercial mediation both as counsel and more regularly as mediator in a broad range of matters involving such diverse fields as alleged breaches of directors duties, disputes concerning franchise agreement and other contractual disputes of various types including financing contracts, employment contracts, leases, and building and construction contracts.

John has been an active member of the Inter-Pacific Bar Association over many years, culminating in his appointment as Regional Co-ordinator for the Asia Pacific region from 2011 to 2013.