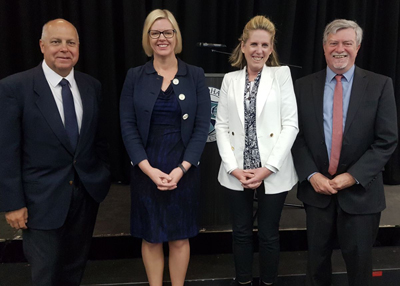 In August 2018, the Public Transport Ombudsman Victoria was awarded the ‘ADR Innovation of the Year Award’ by the Australian Disputes Centre for their unique and pre-emptive approach to assisting homeless young people with public transport disputes.

In partnership with the community legal service ‘WEstjustice’ the Public Transport Ombudsman recognised a recurring pattern of conflict. Young people faced with temporary homelessness found themselves unable to pay for public transport services. These students were often without financial support from their parents or guardians, and would receive large fines while travelling to and from school or temporary accommodation. The resulting conflict often left affected students anxious and unable to use public transport to attend school.

In response, the Public Transport Ombudsman and WEstjustice developed a pilot program that allocated free transport cards to the ‘wellbeing’ departments of various schools in the outer urban area of Wyndham, Victoria. These cards were then issued by the participating schools to students who needed assistance, allowing the students to travel freely on public transport and avoid public and legal disputes with transport authorities. Moreover, the system acted as an easy access-point for providing students with more general information and support, including for securing permanent accommodation.

As a result of the thoughtful and innovative work undertaken by the Public Transport Ombudsman, the pilot program was recognised at the Australian ADR Awards 2018. More recently the Victorian Government has announced that they will continue to fund the program for $175,000 during 2019. This funding will go a long way to ensuring that students are able to benefit from the stability of uninterrupted school attendance, even throughout the most difficult of times.

“Promising early results have shown a significant increase in school attendance by some students participating in the pilot. It is very rewarding to see how our work with WEstjustice is helping these students continue with their schooling and get the support they need.”

The annual Australian ADR Awards focus on the recognition and celebration of excellence in Alternative Dispute Resolution work across all sectors. The Australian Disputes Centre is delighted that the Public Transport Ombudsman’s award winning pilot program has received further funding and we look forward to hearing more as the project continues to expand throughout Victoria, and potentially picked up across the country.