I would like to add the voice of the Australian Disputes Centre to the many tributes made to Sir Laurence Street over the past week. After a stellar legal career, Sir Laurence opted to use his knowledge of the law, his connections and his authority to help the early years of ADR in this country. What is now a commonplace approach to the management of commercial disputes, was at the time regarded as revolutionary, and by actively and publicly promoting the use of ADR, Sir Laurence ensured the very positive development of the field.

It is not an exaggeration to suggest that Sir Laurence’s early embracing of ADR processes made a profound difference to its reputation and subsequent adoption by practitioners and parties throughout Australia. Often ADR is described as operating in the shadow of the law, but at least in this country, we need to acknowledge that ADR has always operated in the shadow of Sir Laurence.Sir Laurence was involved with the opening of the Australian Disputes Centre (then ACDC) from its inception as a proposal to the NSW Government by a committee of Judges, members of the legal profession and members of the commercial community. The proposal was accepted and in January 1986, the centre was incorporated. In a speech at the opening of ADC in 1986, Sir Laurence commented:

“The critical feature that marks out alternative dispute resolving mechanisms from regular court systems is that the former draw their authority from the agreement of the parties. That agreement may be found in a clause on a contract itself, or it may arise after a dispute has crystallised when the parties determine to seek some alternative means of resolving their contest. This concept of consensus pervades the whole field of alternative mechanisms and it is coming increasingly to be recognised as having significant advantages when compared with the confrontationist, antagonistic philosophy that tends to pervade court cases.”  We are all indebted to the way that Sir Laurence actively pursued this goal.

Sir Laurence ran ADC’s first mediation course in early 1986, and, in his post-judicial mediation career, conducted over 2000 mediations and conciliations, many of which involved international parties, complex issues and substantial monetary or property issues. Among the many high profile settlements, he negotiated a settlement between the British National History Museum and Indigenous Groups to return the remains of 17 people to Tasmania.

On a personal note, I deeply appreciated the commitment that Sir Laurence exhibited towards the Australian Disputes Centre, even as age and ill health affected him. We were extremely honoured by his attendance at our 30th Anniversary celebration in 2016. Himself a tremendous pianist, Sir Laurence shared with us his admiration for the music of Chopin and the songs of Noel Coward with one of his favourites, A Room with a View. We will remember Sir Laurence in highest esteem at our upcoming Awards. 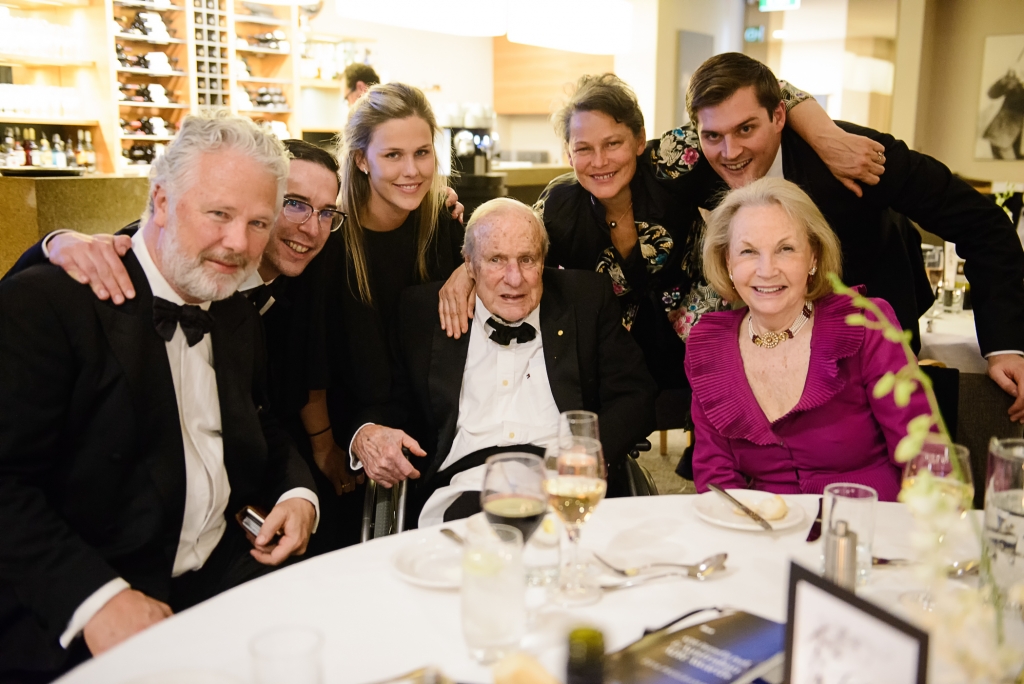