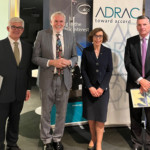 On November 2021, the Australian Dispute Resolution Advisory Council Inc. (ADRAC) published its Final Report: Conciliation: connecting the dots. The report is the culmination of seven years of work. ADRAC’s research on conciliation in Australia was first published in its October 2019 Discussion Paper, Conciliation: a discussion paper, after almost three years of research. In the 2019 Discussion Paper, ADRAC explored basic assumptions of conciliation to understand its evolution and to suggest what might be changed to enhance conciliation as a dispute resolution process. This research uncovered substantial evidence about how conciliation works in practice.

Notably, in the 2019 Discussion Paper, ADRAC proposed a definition for conciliation to promote clarity for the legislated dispute resolution process. ADRAC acknowledged that ‘conciliation’ is generally not defined or described in laws which make provision for it and the descriptions of the process that are provided in the legislation broadly apply to most forms of alternative dispute resolution (ADR). However, the 2019 Discussion Paper noted several features of conciliation such as that (i) it is a non-determinative confidential dispute resolution process usually established by legislation, (ii) a conciliator is expected to ensure that terms upon which a dispute is resolved accord with a particular set of norms or principles embedded in the legislative or regulatory framework under which the conciliation is conducted, and as such, a conciliator may be regarded as a system representative instead of a disinterested neutral, and (iii) conciliators may be required to, when appropriate, provide advice to the disputants about the implications of the legislative framework under which the conciliation is conducted. Based on statutory provenance, the legal treatment of conciliation, and feedback received by ADRAC from conciliators, ADRAC proposed a definition for ‘conciliation’.

“Conciliation is a facilitative dispute resolution process in which the disputing parties are brought together and, with the assistance of the conciliator, have discussions with the conciliator jointly or separately about key issues, for the purpose of resolving their dispute. The process is conducted under and in accordance with legislation or other binding rule which places obligations on conciliators and the disputing parties to comply with the norms and standards required by that context. Conciliations are non-determinative. If the process does not achieve resolution, the matter typically proceeds to a determinative process, either that legislated or governed by other binding rule.”[2]

In defining conciliation, ADRAC also describes the unique role of a conciliator:

“Conciliators may use their specialist knowledge and experience to evaluate each disputing party’s position, to express their own opinions, to offer advice, and to identify and clarify issues with a view to assisting the disputing parties to resolve their dispute.”[3]

ADRAC advances their definition of ‘conciliation’ as an improved understanding about conciliation and its utility as a stand-alone dispute resolution process. This improved understanding is said to enable the development of best practice guidelines, enable specific conciliator training, inform policy development relating to the use of conciliation in legislation, provide a starting point from which context-specific refinements can be incorporated, and provide a point from which practitioner competencies and ethical expectations can be developed.

ADRAC’s 2021 Final Report provides a comprehensive overview of the methodology in its assessment of conciliation. Their methodology included:

The 2021 Final Report further details how the results were interpreted to find key issues relevant to the availability and practice of conciliation. ADRAC found that conciliation is available for dispute resolution in a wide range of activity and is limited only by the scope of enabling legislation. Because conciliation is used by such a wide range of programs, there appears to be no consistency in the structure of the conciliation process. Moreover, although most conciliators receive mediation training and are accredited mediators, there is no specific publicly available conciliation training course nor separate conciliator accreditation scheme. This reportedly leads to a lack of sense of professional identity and collegiality amongst conciliators.[5]

The conciliator’s role appears to be the most effective aspect of conciliation. The role uses facilitative strategies to run an evaluative process.[6] The conciliator role is described by focus group participants as a neutral, or independent third party who evaluates or assess the strengths and weaknesses of the disputing parties’ respective positions without making a determination or decision themselves. Although views on the role are not entirely consistent, it is generally agreed that the conciliator’s role is to ensure that disputing parties recognise that the relevant legislation limits what remedies are available to them.

While there are mixed views on the relevance and suitability of mediation training for conciliators, it is generally agreed that conciliation-specific training is needed and that such training is best provided by conciliators themselves. Some study participants suggested that conciliators require training in specialist and content knowledge such as legislative and legal knowledge, relevant case law, cultural sensitivity, natural justice principles, and subject matter expertise.[7] ADRAC placed emphasis on the professional, practical, and personal benefits of recognising conciliation as a dispute resolution process in its own right.

ADRAC hopes that connecting the dots by adopting ADRAC’s definition of conciliation and recommendations will enable legislators to assure the community that they are sensitive to the need for clarity in DR processes for which legislation provides. ADRAC acknowledges the need for conciliated disputes to be determined in accordance with the norms and standards of the enabling legislation. Moreover, in ADRAC’s view, the uniform legislative adoption of their definition will provide consistency of understanding the process for the community, conciliating entities, disputing parties, and those acting as conciliators.

[1] The National Alternative Dispute Resolution Advisory Council (NADRAC) was an Australian independent body that provided policy advice about alternative dispute resolution to the Attorney-General of Australia; it was established in 1995 and concluded in 2013.