Off With The Wig: Issues That Arise For Advocates When Switching From The Courtroom To The Negotiating Table 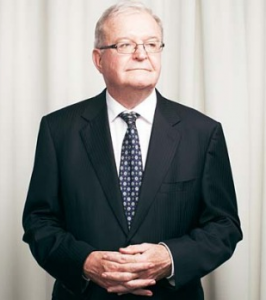 Off With The Wig: Issues That Arise For Advocates When Switching From The Courtroom To The Negotiating Table Australian Disputes Centre 30 March 2017

Good evening everyone, it is a pleasure to be invited to address you this evening on a topic that will hopefully be relevant to the practice of many of you here today. In our current dispute resolution climate, barristers are increasingly being asked to remove their wigs – and no, hold your horsehair, I am not referring to any court dress controversies that may be going on in other States, I certainly do not wish to enter that fray – apart from relieving oneself from the interminable itch of the barrister’s wig, there are other reasons for shedding the traditional garb, namely, when entering the more informal arenas of dispute resolution. Of course, this talk of formal dress is really just a symbolic reference to the more substantive changes that need to be made when transitioning from the courtroom to the negotiating table and it is those important readjustments that I wish to discuss tonight.

Twenty five years ago, when alternative dispute resolution was really just coming on to the scene, Sir Laurence Street was anxious to amend the already entrenched acronym “ADR” so that it read “additional dispute resolution” rather than “alternative dispute resolution”: “It is not in truth ‘Alternative’” he urged, “It is not in competition with the established judicial system. It is an Additional range of mechanisms within the overall aggregated mechanisms for the resolution of disputes”. Perhaps it is fair to say now that ADR has evolved to the stage not merely of being additional or supplementary but complementary and integrative.