Food For Thought – Why mediators should use BATNAs carefully

Why mediators should use BATNAs carefully

The concept of Best Alternative To a Negotiated Agreement, or BATNA, is immensely useful in meditation. A coined termed by Roger Fisher and William Ury in the widely publicised book ‘Getting to Yes’, BATNA is the most advantageous alternative course of action that a party can take if negotiations fail to reach an agreement. Mediators often ask BATNAs to better gauge each parties’ zone of agreement. This term is widely adopted and used by practitioners around the world.

In the recent paper by Jim Sebenius from the Harvard Business School “BATNAs in Negotiation: Common Errors and Three Kinds of ‘No’’, the author argues that utilising BATNA can be ‘problematic, limiting, and even misleading’ in three ways. Mediators should be cautious of using BATNAs too readily, as it may have unintended effects.

Second, it is argued that BATNAs focuses the attention on what the party can achieve outside the current negotiation. It does not take into account of the other parties’ needs, wants, or perspectives. While parties are encouraged to use BATNAs and thus consider their options independently of other parties, in reality negotiating parties interact. As such, instead of utilising BATNA in terms of ‘outside options’ that are ‘independent’, a different question to invoke should be: ‘What are the full consequences of saying ‘no’ to the other sides’ proposal?’

Third, conceptualizing BATNA as a last resort can be unnecessarily limiting. BATNA is supposed to be a fall-back alternative in the event that parties fail to reach an agreement. BATNAs should not be utilised as a last resort (unless during a situation that Fisher and Ury referred to where there is an asymmetrical power where one party is more ‘powerful’ than another) but rather a preparation tool to assess holistically each parties’ interests and possibility of an agreement. BATNAs should be used as a vehicle for creative possible solutions, not as one which limits parties. 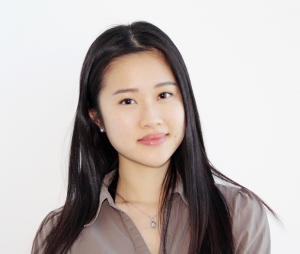