As a carpenter uses all tools in their toolkit to complete a project successfully, a negotiator has a suite of skills and processes available to them for advancing negotiations to a successful conclusion. When COP26 formed in Glasgow to negotiate further climate action we watched the range of tools used. Would the organisers use the Indaba negotiation process, as they had done to reach the 2015 Paris Agreement, or would they try something else? COP26 did not use Indaba, and with the parties unable to reach a meaningful agreement the conference ended with a tearful apology from Alok Sharma, the UK Cabinet Minister who chaired the Conference of Parties, for the way the process unfolded.

The 26th United Nations Climate Change Conference of the Parties, commonly known as COP26, was held from 31st October to 12th November 2021.[1] The COP (or Conference of Parties) is a yearly meeting of members to the United Nations Framework Convention on Climate Change (UNFCCC). COP26 was established to negotiate further on the 2015 Paris Agreement and accelerate climate action. Specifically, COP26 aimed to require countries to set 2030 emission reduction targets known as Nationally Determined Contributions (“NDCs”) with the goal of reaching a global net zero by the middle of the century.[2] It further aimed to mobilise climate finance from developed countries and ensure that countries have targets in place to protect communities and natural habitats.[3] An important issue that hindered negotiations in COP26 was the conflict between developed and developing countries over stronger provisions in the draft agreement. A more proactive use of the Indaba negotiation technique in COP26, a technique known for its effective use of transparency in negotiations, would have likely proved beneficial in reaching an amicable agreement sooner.

The COP26 programme format included a mixture of live events open to the public and closed negotiations between the representatives of countries. In the closed negotiations, countries discussed and negotiated on every sentence of the agreement to be signed. Each country presented suggestions on each part of the negotiating text that were then discussed, incorporated if necessary, and resolved. These were often high-stake negotiations where it was tough to reach an amicable solution. However, in order for the agreement to be long lasting, it was essential for all parties to reach a consensus. Therefore, COPs use various negotiation processes and tactics to increase the chances of reaching a consensus.

One negotiation process successfully used by COPs in the past has been the Indaba technique. Indaba is a traditional negotiating technique of the Xhosa and Zulu people of South Africa. Under this technique, while the leaders and elders of the community negotiate an issue, everyone in the respective communities watches the negotiation and shares their views on it. This increases transparency, collaboration, helps in building consensus, and is beneficial in breaking through impasses.[4] In addition, parties are expected to announce their “red-line” positions and what is a “must-have” for them. This brings new perspectives into the discussion, making it more inclusive and helping with option generation.[5]

Indaba has been used in COPs in the past where the negotiations reached a standstill. In the 2011 COP7 Summit in Durban, the negotiations had reached a deadlock. On the final day, the South African Presidency decided to use the Indaba technique, bringing the negotiation back on track.[6] During the COP21 Summit in Paris, the Indaba technique gained further widespread recognition.[7] In the final week of the Summit, the organisers held numerous Indaba negotiation sessions throughout the day and night, culminating in an “Indaba of Solutions”.[8] Large rooms were set up with 80 seats, with each country getting one seat on a first come-first serve basis.[9] Negotiations were also simulcast across ante rooms for those unable to attend in person. The parties used the Indabas to air their views, restate their positions, and decide upon new positions and compromises. Since even hostile parties were speaking in front of observers, it led to quick breakthroughs, sometimes within thirty minutes.[10] Indabas were regarded as an integral negotiation tool in ensuring the signing of the 2015 Paris Agreement, one of the most influential climate change agreements in history.

Historically we have seen Indaba sessions called when the negotiating process has reached a roadblock, they are often not officially planned or part of the official COP programme. During the two weeks of the Glasgow COP26 Summit, the COP did not appear to utilise the Indaba technique. While certain COP26 sessions were live-streamed, contrary to the Indaba technique, the closed negotiations were not accessible to the public or to people of the respective communities.

Instead, the parties in the COP26 Summit only had one seat per negotiation in the offline negotiations. Observers were only allowed offline “when applicable” and if the respective parties had already taken their seats and there were still available seats.[11] Online access to the meetings was available through the COP Platform only if all seats in the room were taken and upon having the requisite access/ticket. For closed negotiations, online access was only available to observers in Scotland under the condition that they are self-isolating or that access to the offline room was limited.[12] There were also several logistical issues at COP26 that led to several people not being able to gain access to the negotiations.[13] This resulted in several individuals and climate activists who were accredited for the event being excluded from key meetings.[14] Additionally, observers were not able to access the COP26 online platform due to technical issues thereby reducing the number of people who had access to the negotiations, contrary to the Indaba technique.[15]

However, there were various negotiating techniques apart from the Indaba technique that were implemented by the COP26 organisers. For example, various negotiating streams, i.e. spin-out discussions from the main plenary session were used, where technical experts discussed various aspects of the agreement.[16] These spin-out sessions contained 60-70 people who discussed and agreed upon the wording of a certain text before it was sent back to the main plenary session. Some of these techniques were fruitful, with various major announcements being made at COP26. These announcements included world leaders making integral commitments such as as the Global Methane Pledge (with the aim of limiting warming to 1.5°C),[17] agreeing to end deforestation by 2030,[18] and halting coal financing. However, these are currently just pledges and there are no assurances on their implementation.

Instead, the negotiations regarding the final agreement met several roadblocks. While the negotiations were supposed to end on Friday, the deadline to conclude the negotiations extended to the weekend.[19] One major area where the parties conflicted was transparency.[20] Under the 2015 Paris Agreement, while parties agreed to setting targets on greenhouse gas emissions, there was no way to ensure the countries’ transparency with their emissions and target reporting, and any further discussions regarding transparency were stalled.[21]  At the Glasgow Summit, transparency remained a talking point with certain countries unwilling to disclose details about their emissions to prevent being blamed for climate change.[22] Further, the final stages of making the COP26 agreement draft workable faced resistance. There were contentions raised regarding money and financial aid to be pledged, whether the agreements should mention “fossil fuels”, and the phasing out of fossil fuels.[23]

The differences regarding the wording of the text led to the parties compromising on a watered-down agreement which did not entirely fulfil the objectives COP26 set out to achieve. These included last-minute objections from India and China over the wording of the coal pledge, which led to a less effective agreement being finalised.[24] India and China wanted the language of the pledge to include “phasing down” instead of “phasing out” of coal. This late intervention to change the wording of the pledge was in fact termed as a “misuse of process” by Lord Deben, the chairman of the Climate Change Committee.[25] COP26 President Alok Sharma further said that China and India would have to “explain themselves to the more climate vulnerable countries of the world” for what they did.[26] The objection to the coal pledge wording was only brought by China and India in the closing minutes of talks on the final day, just before the agreement was about to be signed. While India had its way with a late adjustment, several other delegations had been blocked from re-opening the text, which led to complaints from countries like Switzerland and the Marshall Islands.[27] However, since the agreement itself was on the line due to paucity of time, the countries had to accept India’s late suggestion to ensure the Summit does not end with no deal at all, since that would lead to the loss of two years of work.[28]

COP26 also failed to reach consensus over a “loss and damage fund” to compensate for climate damage caused by developed countries, with the United States and the European Union opposing the proposal.[29] The lack of a stronger provision was also notable regarding the emissions targets, where the clause merely “requests” the parties to increase their NDC pledges next year, instead of mandating the parties to do so.[30] These concessions have led to developing countries and NGOs believing that their interests had not been fulfilled during COP26, and the outcome was skewed in favour of richer countries.[31]

Noting that the Indaba process is especially helpful in resolving differences in large multi-party disputes, its use in the COP26 negotiations could have made it possible to better hear the voices of developing countries and reach a more equitable agreement. Looking ahead to COP27 in Egypt in 2022, the organisers may wish to prepare a more effective negotiation framework to ensure all parties are heard equally and that differences are resolved swiftly. In addition to utilising Indaba, COP27 could consider barring late suggestions to the agreement draft, increasing the number of informal small break-out discussions, consider having neutral third parties to mediate the discussion, and holding confidential sessions when necessary to get the discussion back on track. It is essential for COP27 to utilise all the tools and techniques in the negotiator’s toolkit to prevent roadblocks to avoid repeating the failures of COP26.

[4] Harvard Program on Negotiation, Try Novel Tactics that contributed to a ground-breaking deal at the UN Climate Change Conference, 15 March 2016, available at: https://www.pon.harvard.edu/daily/dealmaking-daily/new-strategies-for-your-multiparty-negotiation-toolkit-nb/.

[16] Wired, Inside the Negotiations to Decide the Fate of our Planet, 4 November 2021, available at: https://www.wired.com/story/cop-26-climate-crisis-negotiations/.

[17] European Commission, Launch by United States, the European Union, and Partners of the Global Methane Pledge to keep 1.5C within reach, 2 November 2021, available at: https://ec.europa.eu/commission/presscorner/detail/en/statement_21_5766.

[21] The Guardian, Transparency over emissions remains a sticking point at COP26: The Secret Negotiator, 6 November 2021, available at: https://www.theguardian.com/environment/2021/nov/06/transparency-over-emissions-remains-a-sticking-point-at-cop26. 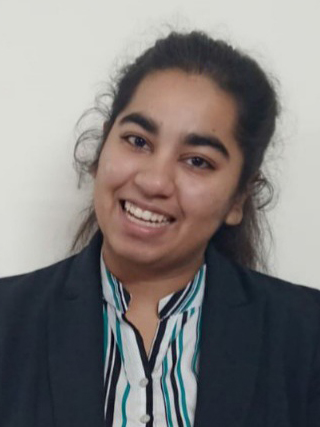 Ayushi is a penultimate year student of law at the West Bengal National University of Juridical Sciences, Kolkata. Ayushi was one of the winners for the 2021 ADC-ICC Asia Pacific Mediation Competition. She has an interest in commercial law and dispute resolution with a focus in arbitration.