Australian Arbitration Week 2021 flew by – beginning on Monday, 18 October with the International Arbitration Conference and finished with Arbitration and Dispute Resolution in the Space Sector on Friday, 22 October after covering numerous cutting-edge issues along the week. Some of the major themes that resonated throughout the week included issues arising from the obviously relevant COVID-19 pandemic as well as developing topics such as arbitration in environmental sectors, energy and renewable sectors, and changes in rules and practices that are evolving together with advances in technology.

Environmental-wise, climate change is the biggest headline. In Tuesday’s session on The Future of Arbitrating Environmental, Climate Change and Sustainability Disputes, a panel discussed how there are few mechanisms for addressing transnational environmental disputes relating to climate change and how arbitration is emerging as a means of bridging this gap. With the backdrop of an impending zero emissions target from the federal government, the upcoming COP26 Climate Change Summit in Glasgow, and transnational commercial contracts in relation to these issues, the legal community needs to develop a body of environmental law that can quickly adapt to the rapidly changing climate issues. Disputes can vary from regulatory disputes where states are involved to private disputes between commercial parties.

There will be a proliferation of disputes as more nation states impose climate change-addressing policies such as emissions trading schemes. As discussed on Wednesday in Developments in the Australian Energy Sector and International Arbitration, energy markets will be subject to more stringent regulation as climate change becomes a more politically salient issue. Thus, arbitration will be critical to responding to these changes as many parties will need to reconsider their contractual arrangements.

Renewable energy sources appear to be a significant part of the answer to climate change. However, the renewable energy sector has its own plethora of disputes and issues that are increasingly being addressed in arbitrations. In Arbitrating Renewable Energy Disputes – An Australian Perspective, a key takeaway was that the push towards renewable energy around the world is becoming less politically driven and more economically driven, and this is being seen in Australia as well. This push has led to great progress but has also opened several vulnerabilities in the renewable energy sector. For one, contracts may sometimes be adapted from other technologies in a rush to implement emerging technologies thus creating ambiguities that later form the crux of disputes. Experience has shown that issues of modeling and infrastructure vary from country to country and culture to culture. Other notable issues that have arisen in renewable energy disputes that have been submitted to arbitration include intellectual property matters for new technologies, assessment of risk taken by renewable energy companies, and the intersection of private sector with government regulation of energy infrastructures.

Arbitration in general has also been undergoing a “climate change” of its own right. Tuesday morning started off with New and Emerging Norms: Diversity, the New Normal discussing the changing landscape for women in the arbitration field and the growing interest in increasing diversity among the ranks of arbitrators and other arbitration practitioners. The panel in Avoiding Obstacles along the Pathway to Enforcement delved into cases demonstrating a reigning in of the pro-arbitration movement by limiting the discretion of arbitrators by courts with the threat of non-enforcement of awards. Decisions in current case law such as Hub Street Equipment Pty Ltd v Energy City Qatar Holding Company [2021] FCAFC 110 and CBS v CBP [2020] SGCA 4 were discussed as well as the practical ramifications of these decisions to the discretionary powers of an arbitrator in an arbitral proceeding. For example, a holistic reading of SCMA Rule 28.1 of SCMA does not give the arbitrator the right to gate witnesses or condition their appearance or choose the type of hearing in the absence of party agreement. Also, the case management powers of SCMA Rule 25 limit the oral examination of witnesses but do not grant arbitrators unfettered powers that would override the rules of natural justice. As such, more care must be taken by arbitrators in exercising their discretion in procedural matters in light of the decision in CBS, which demonstrates that an award may be rendered invalid for procedural decisions made by arbitrators that are contrary to the rules of natural justice.

In Tuesday’s session on The NRF Hypothetical: Perspectives on Current Issues in International Commercial Arbitration, the panel explored many of the potential obstacles that have arisen through a roleplay of the parties involved. Among many other practical aspects, we learned about the promotion of efficient, cost-effective proceedings, achieving fairness and commerciality in outcomes, and how arbitration practice has adapted to the COVID-19 pandemic. Developments resulting from the COVID-19 pandemic were further discussed in Thursday’s session, The COVID 19 Pandemic and International Arbitration: where do we stand, 18 months in? In this session, panellists offered various perspectives on trending topics that have arisen due to the pandemic such as virtual hearings and due process challenges​, force majeure and economic hardship defences​, damages and quantum calculations​, and opportunities and obstacles experienced by Asia-Pacific-based international arbitration practitioners and arbitrators​.

In Thursday’s session on Trends, Statistics and Updates from the ICC, the responsibilities of the ICC were outlined, and the panel delved into the workings of the court, including the focus on transparency and flexibility of arbitration procedures with an emphasis on the diversity of members and arbitrators. In Investor-State Disputes, Infrastructure and Construction Arbitration, and New Technology in Arbitral Disputes, we considered the global enforcement of Investor-State arbitral awards in Australia, continuing reform in Investor-State dispute settlement in 2021, and the implications of the recent abolishment of the Dubai International Financial Centre-London Court of International Arbitration (DIFC -LCIA) Arbitration Centre.

In some of the most current news, ACICA has published new rules for 2021 and put them to the test in a hypothetical dispute during Thursday’s ACICA Rules 2021 Roadshow. The new rules address issues arising in virtual hearings, paperless filing and electronic execution, multi-party and multi-contract arbitrations, effective case management, third party funding, enhanced oversight of costs, the early determination of disputes, alternative means of dispute resolution and time limits for the delivery of awards. Many of the changes to the rules facilitate clarity and efficiency in the arbitration process in general but are especially useful in a virtual setting.

In Wednesday’s session, The Great Debate; the best forum for resolving corporate disputes: to arbitrate or to litigate? It’s not rocket science, two teams went head-to-head in the classic debate between arbitration and litigation as dispute resolution mechanisms. While the decision to arbitrate or mediate is complex, consideration of the pros and cons of each mechanism with respect to the dispute at hand is key to determining which mechanism is best for resolving the dispute. As stated in the title – it is not rocket science. However, if you are interested in rocket science, our final Friday session may have been an interest to you. As mentioned earlier, Arbitration Week 2021 ended with Arbitration and Dispute Resolution in the Space Sector, which discussed industry developments in the space sector, the frequency and types of disputes that arise in the sector, the range of issues space-related contracts should contemplate, and the role of investment treaty arbitration in resolving disputes. Now that Australia has a space agency, it has opened its doors to collaborations and commercial endeavors with other countries’ agencies. Many disputes that arise in the space sector are in regard to the supply chain issues such as the supply of components, preparation for launch, and maintenance of key components in space. Disputes in the space sector are more complex than most disputes due to the interplay between public actors, such as space agencies and defence sectors, and private commercial actors.

With such a high volume of issues and developments to cover, Arbitration Week 2021 did not disappoint in engaging many of the most relevant issues to date in international arbitration. We extend a big thank you to all the sponsors, panelists, and everyone else that joined in the engaging discussions this year’s Arbitration Week had to offer. We look forward to seeing everyone again next year, and in case you missed out this year, having you join us then.

If you are interested in reading more about Australian Arbitration Week 2021, please see ADC’s Blog (on disputescentre.com.au) that covered the week, and linked HERE. 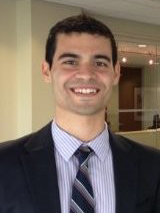 Stephano is a U.S. Patent Attorney with experience in intellectual property (IP) consulting and the procurement of U.S. patents and trademarks. Currently completing a Master of Laws with a focus on collective licensing, litigation/arbitration, and enforcement of international IP portfolios. Stephano is currently completing an internship with the Australian Disputes Centre (ADC) and the Australian Centre of International Commercial Arbitration (ACICA)