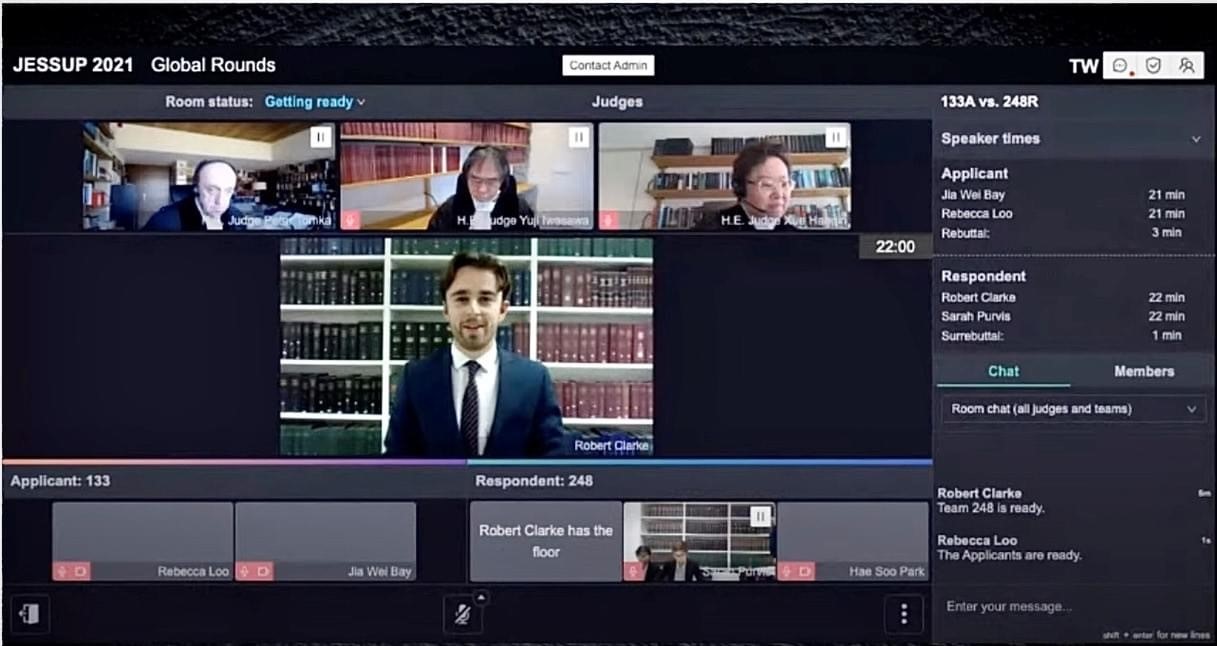 We are thrilled to share that one of our 2021 interns, Robert Clarke, along with his University of Sydney team, were crowned the world champions of the prestigious Philip C Jessup International Law Moot Court Competition, beating 573 teams from over 90 countries.

Reflecting on the competition, Robert said that he has always been interested in international law ever since reading Samantha Power’s ‘A Problem from Hell’ when he was in high school. The Jessup International Law Moot enabled him to learn more about different areas of international law, including reservations to optional clause declarations as well as topical areas, such as international health law. He also said that the Jessup allowed him to learn skills from a diverse range of eminent people. Being judged by formed students, barristers, academics, WHO officials and even judges of the ICC was a fantastic opportunity to improve his advocacy. He would recommend any students interested in international law, improving their oral advocacy skills, legal research, or working as part of a team should consider competing in Jessup.