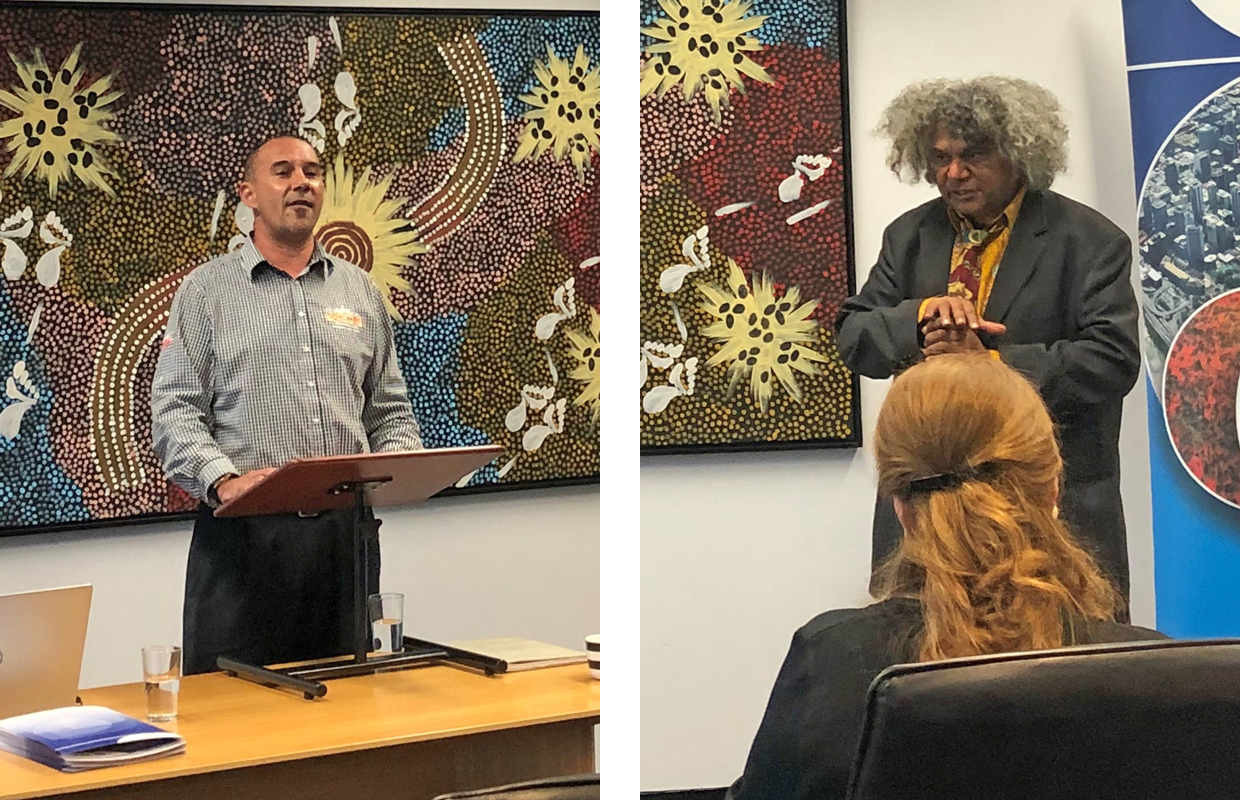 The ADC’s First Nations Panel was launched in Sydney on 10 August 2018.

In celebration of the new Panel, we were honoured by the Welcome to Country extended by Nathan Moran, CEO, Metropolitan Local Aboriginal Land Council. To mark the Panel’s launch and its significance, Aboriginal Elder and a Board Member of Deerubbin Local Aboriginal Land Council, Graham Davis-King, also generously extended his congratulations and engaged attendees in song and ceremony. Mr Moran later presented a passionate and personal account of country, family and dispute resolution.

Deborah Lockhart, CEO of the ADC spoke on the operation of the Panel. It comprises mediators, conciliators, facilitators, arbitrators and experts who identify as Aboriginal or Torres Strait Islander. It operates in line with ADC’s current Panel of Neutrals and alongside a Collaborative Panel of co-mediators and mentors. The First Nations’ Panel represents an opportunity to appoint culturally appropriate mediators or co-mediators where the disputing parties have requested such expertise. The Panel is the product of a need for a strong First Nations’ voice for First Nations’ dispute resolution practice, as well as the need for partnership and cross-cultural links with the commercial ADR community.

The Panel marks an important opportunity for the wider ADR community to learn about First Nations’ dispute resolution. In congratulating the ADC for its initiative Stephen Wright, COO, Deerubbin Local Aboriginal Land Council highlighted this mutual learning and cooperation in the context of co-mediation in cross-cultural settings. The benefits of co-mediation – knowledge, respect, learning, outcomes and cost saving – are particularly effective in a cross-cultural setting, as the parties have the benefit of two experienced mediators with different cultural understandings who can also learn from each other.

The Australian Disputes Centre is excited to see the First Nations’ Panel grow and develop for the benefit of disputing parties, and as a strong contributor to the way cross-cultural dispute resolution practices develop in Australia.

A Northern Territory Panel launch will be held on 18 September 2018 in Darwin, supported by ADC’s Patron The Hon. Robert French AC.